Koshish > Working as a Changemaker After Recovery

Working as a Changemaker After Recovery

After receiving psychosocial support from KOSHISH, Sharmila began working there as a Community Psychosocial Worker (CPSW) to assist others who are going through similar issues with their mental health. 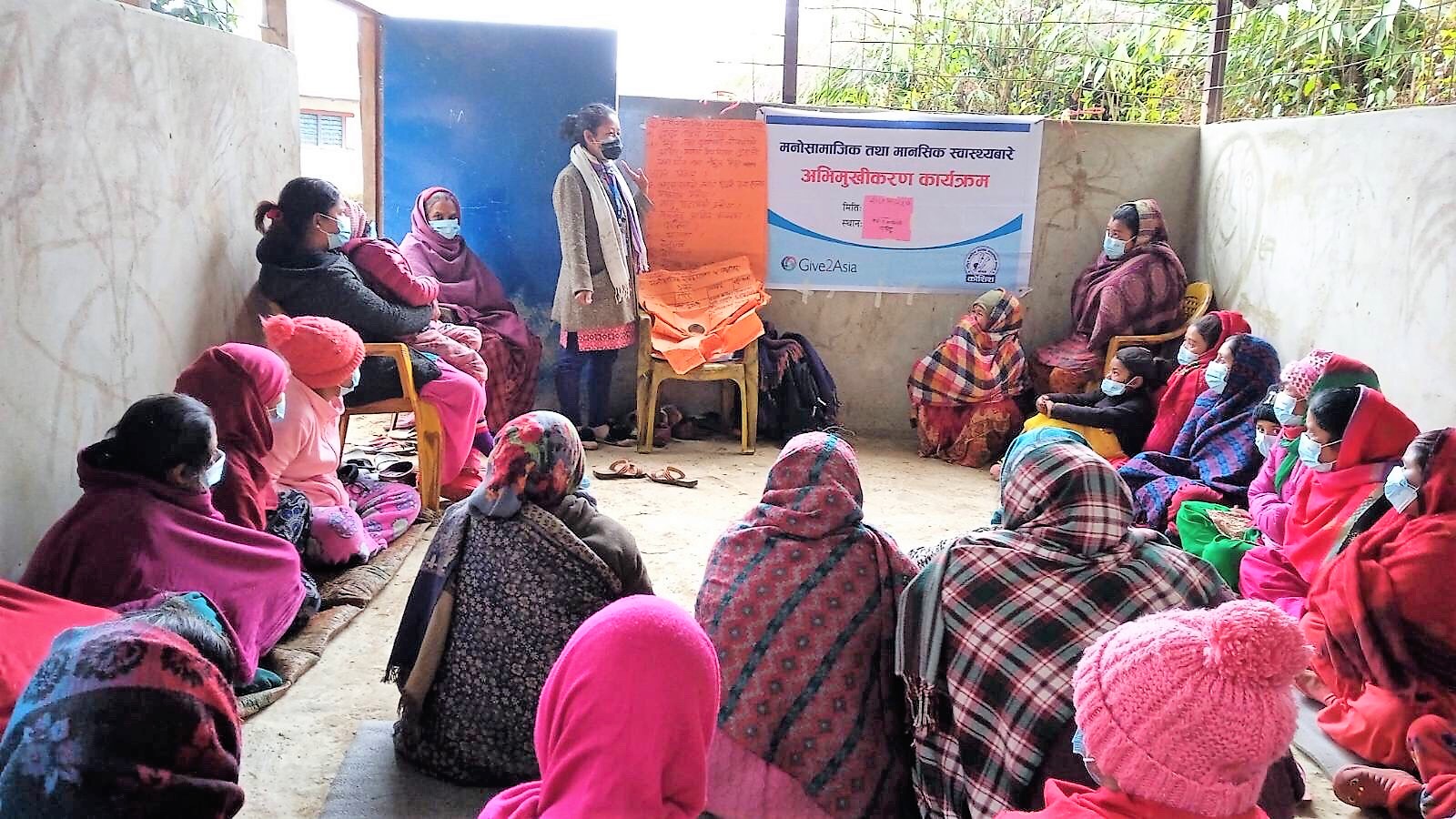 Sharmila Pudasaini (38), from Bhimphedi, was born into poverty. As a child, she was a bright student. Still, she could not continue her education after grade 10 due to financial constraints. Struggling to make ends meet, Sharmila was desperate for a decent job that would allow her to support herself and her family. Over the years, she applied for several positions. However, due to her lack of higher education, she was repeatedly rejected by institutions that could offer her work. Unemployed and single in her late thirties, Sharmila had started to go through severe distress. She could not cope with the stress of day-to-day life, isolated herself from everyone, and even had suicidal thoughts.

One day, Sharmila came across KOSHISH’s PSA on a local FM station. The jingle gave her hope that she could improve her mental health. Determined to achieve mental well-being, Sharmila called KOSHISH and informed the staff about the distress she was experiencing. The KOSHISH team visited her for observation and began their psychosocial intervention. Sharmila showed a willingness to receive psychosocial counseling from KOSHISH. She developed a trusting relationship with the staff and unburdened her problems throughout several counseling sessions. As Sharmila’s psychosocial intervention proceeded, her mental health gradually improved. She developed a sense of confidence and started taking her problems as a challenge rather than feeling helpless. Soon, Sharmila started taking small but meaningful steps toward social integration. She began to socialize with her family and neighbors and enjoy her daily activities with renewed enthusiasm. She even started cooking for her family, something she never did before.

Following her recovery, KOSHISH offered Sharmila a job as a Community Psychosocial Worker (CPSW) after recognizing her potential and believing in her ability to help others. She gladly accepted. In her role as a CPSW at KOSHISH, Sharmila spends her day assisting those in her community who need psychosocial support. She enjoys helping others and has created hope for her community. ■