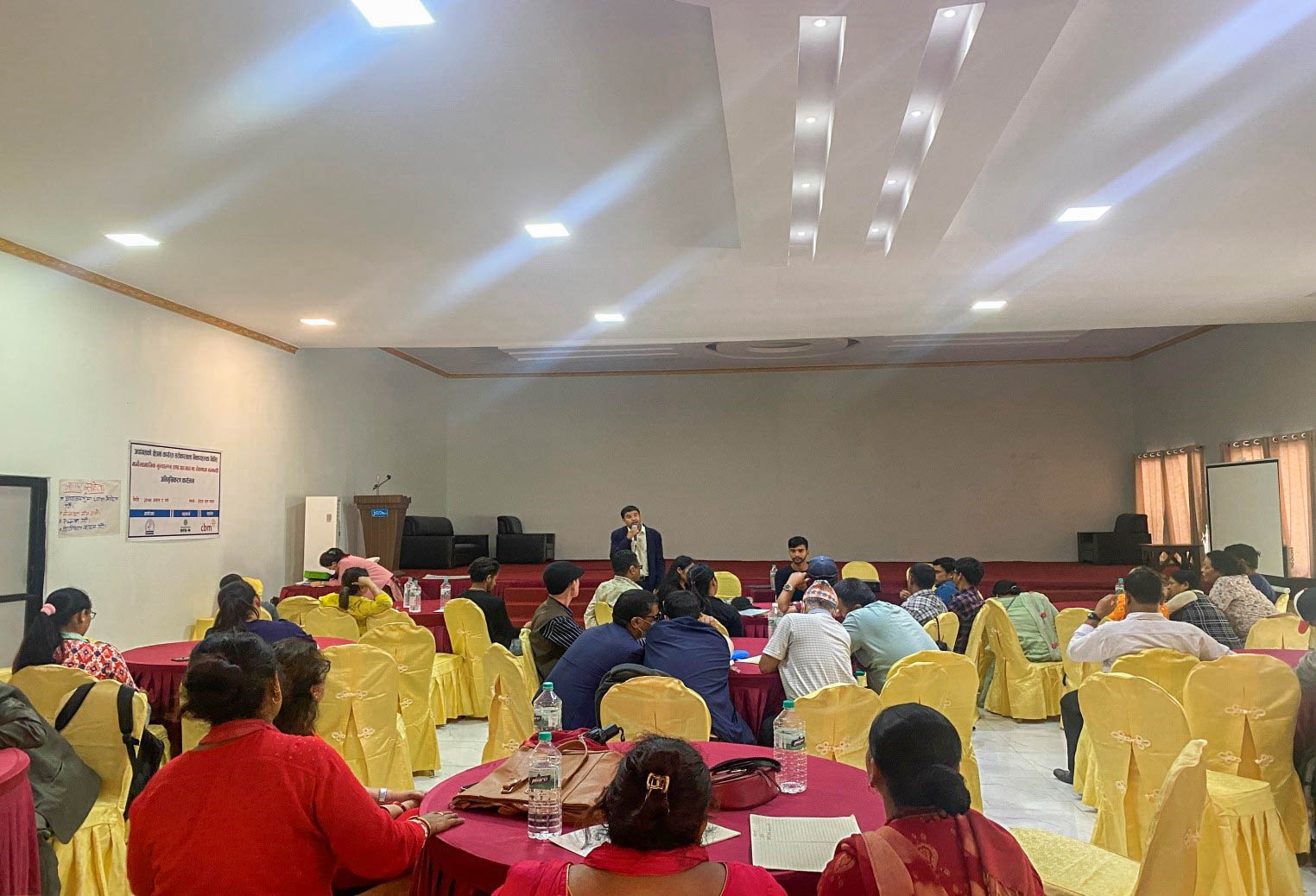 To reduce suicide risk factors through cross-sectoral cooperation at the local, provincial, and federal levels of government, KOSHISH has been organizing advocacy events jointly with several like-minded groups and agencies. In keeping with these efforts, KOSHISH and the National Federation of the Disabled (NFDN), Gandaki Province, organized a one-day joint advocacy event on June 22, 2022, to promote the rights of people with disabilities, including those with psychosocial disabilities. The event, held at the Hotel Jal Mahal in Pokhara, aimed to strengthen coordination and support from NFDN, as well as to advocate for mental health and suicide prevention.

The event was held for persons with disabilities to help them with their self-care. The event drew 40 participants (men 17 and women 23) from various disability organizations, including eighteen people with various forms of disabilities. The event was co-facilitated by the president of NFDN Gandaki Province, Khom Raj Sharma; KOSHISH’s Project Coordinator, Sudip Ghimire; and psychologist Binaya Pandey. KOSHISH’s Campaign and Advocacy Officer, Basanti Khatri, hosted the event, and two sign language interpreters assisted throughout.

The entire program was engaging and interactive. The program kicked off with a screening of the short documentary “Ujeli,” produced by KOSHISH. Project Coordinator Sudip Ghimire then gave a presentation on self-care, where he discussed body mapping, emotional and behavioral reactions to stressors and stress, identification of stressors in life, stress management, relaxation, and self-care techniques. He concluded his presentation by leading the audience in relaxation and meditation exercises with psychologist Binaya Pandey.

The president of NFDN Gandaki Province, Khom Raj Sharma, brought attention to the current state of the psychosocial disability movement in Nepal. “Persons with disabilities are more likely than the average person to experience mental health problems throughout their lives,” he stated, “which is why the issue that KOSHISH is addressing should be of importance to every member of the disability community”. He further stated that all persons with disabilities should have the same rights in life and that other sectors should concentrate on issues involving persons with various disabilities. He mentioned that the NFDN is more eager to promote the issue of psychosocial disability because it has always been hidden and underrepresented. In his closing remarks, he expressed gratitude to KOSHISH for initiating the program and urged OPD representatives to host similar events in their organizations to enhance everyone’s wellbeing.

The program was well-received by the participants, who expressed their gratitude to the facilitators and organizations for planning the event and promised to keep up their efforts to promote their own and others’ well-being. One of the participants expressed, “I came to understand how important and simple self-care is. Although we frequently overlook it, mental health must be given priority.”