Sita’s story offers an important lesson in how a controlled, determined approach toward mental well-being can improve the quality of life. 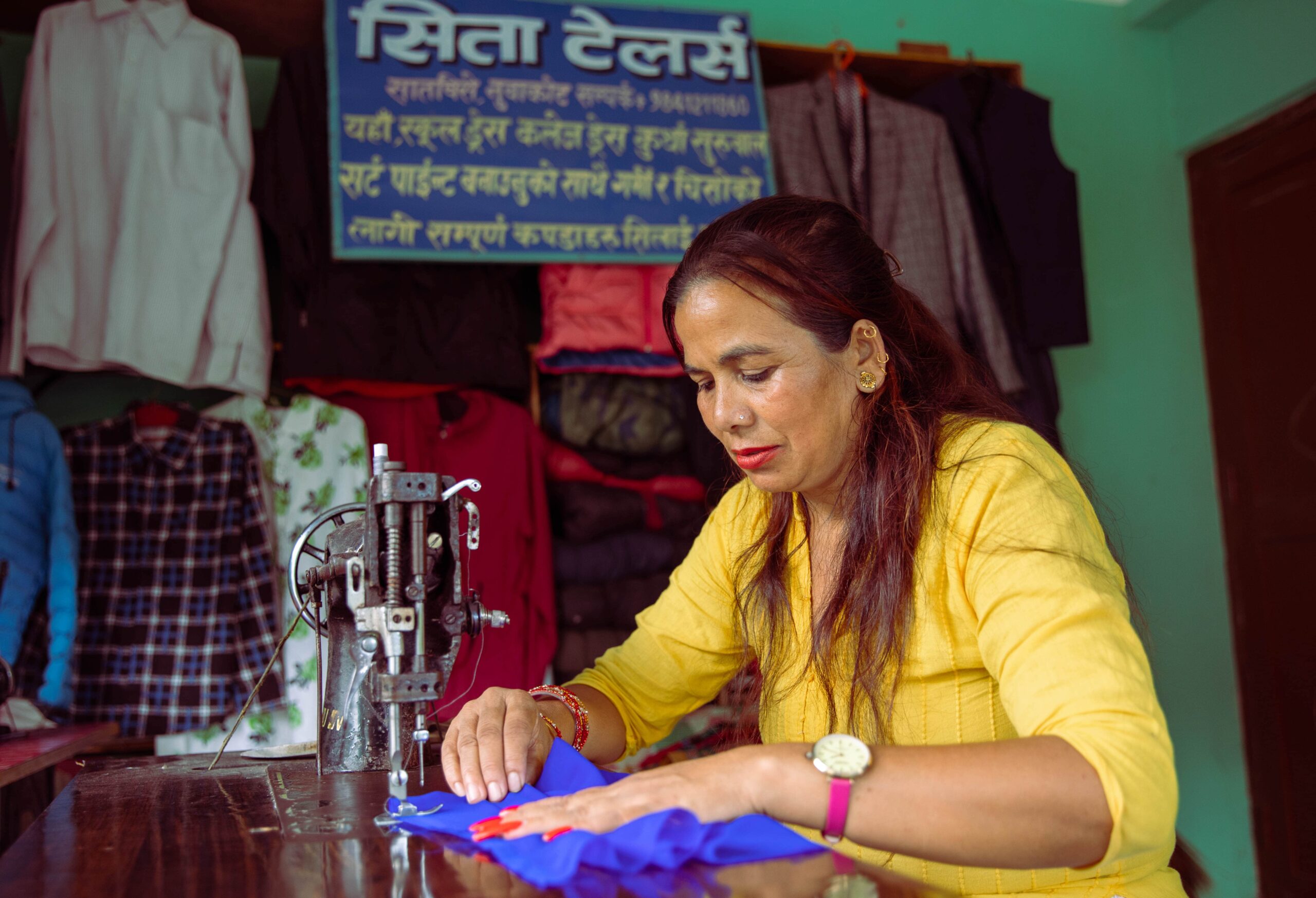 Sita Nepali (46), from Nuwakot, lives with her husband and two sons. She spends her time running her tailor shop. Sita has had epilepsy for 14 years. Stress is a major trigger for seizures in epilepsy, and Sita had difficulties coping with stress, causing frequent attacks. She was having marital problems with her husband, who was having an extramarital affair. Sita’s seizures usually started whenever she had arguments with her husband. Her husband eventually left home, taking a large sum of money with him and leaving her to care for the children without any support from him. Sita went through tremendous stress to make ends meet. She raised the children and handled the finances all by herself. The stress she was going through took a toll on her and affected her health significantly.

After three years, her husband’s second wife passed away, and he returned home. She accepted her grieving husband with an open heart, even though it meant she had to bear all of his expenses on top of her existing bills. Sita, burdened with family and financial responsibilities, could not cope with the overwhelming stress and ended up having seizures more frequently than ever. Her mental health deteriorated drastically in the following days. She began to obsess over her subsequent episode, causing anxiety and panic attacks. She began to display signs of distress, such as rapid mood swings, forgetfulness, and negative thoughts. Her ability to engage in daily activities was severely affected due to mental health problems, and she isolated herself from everyone.

Sita discovered KOSHISH after a neighbor referred her to the organization. She contacted KOSHISH and requested psychosocial support. The KOSHISH staff visited her for observation and, realizing the severity of the problem, quickly began their psychosocial intervention. The KOSHISH team started seeing her regularly for counseling sessions. Over several counseling sessions, Sita vented her issues with the KOSHISH team. She also learned about various stress-reduction techniques, such as relaxation and breathing techniques, that she could use to calm herself whenever she felt stressed. The stress reduction techniques proved to be the most efficient and successful way for Sita to reduce her distress. After several months of counseling and stress reduction, Sita could change her thoughts to positive ones, which helped her overcome her anxiety. KOSHISH also sensitized her family about her mental health condition and the importance of providing her with care and support so that she can achieve mental well-being. Her husband started being supportive of her and caring for her. He also started his own small business, which helped ease the family’s financial burden. Over time, the frequency of her seizures reduced drastically, as did her anxiety and panic attacks. Her mental health improved significantly, and she found herself normally functioning as time passed.

These days, Sita actively participates in her daily activities and has not experienced seizures in a long time. She hopes to grow her business and set an example in her community that one’s problems do not define them. She attributes much of her progress to KOSHISH. The KOSHISH team in Nuwakot is in regular follow-ups with her. Sita’s story offers an important lesson in how a controlled, determined approach toward mental well-being can improve the quality of life.