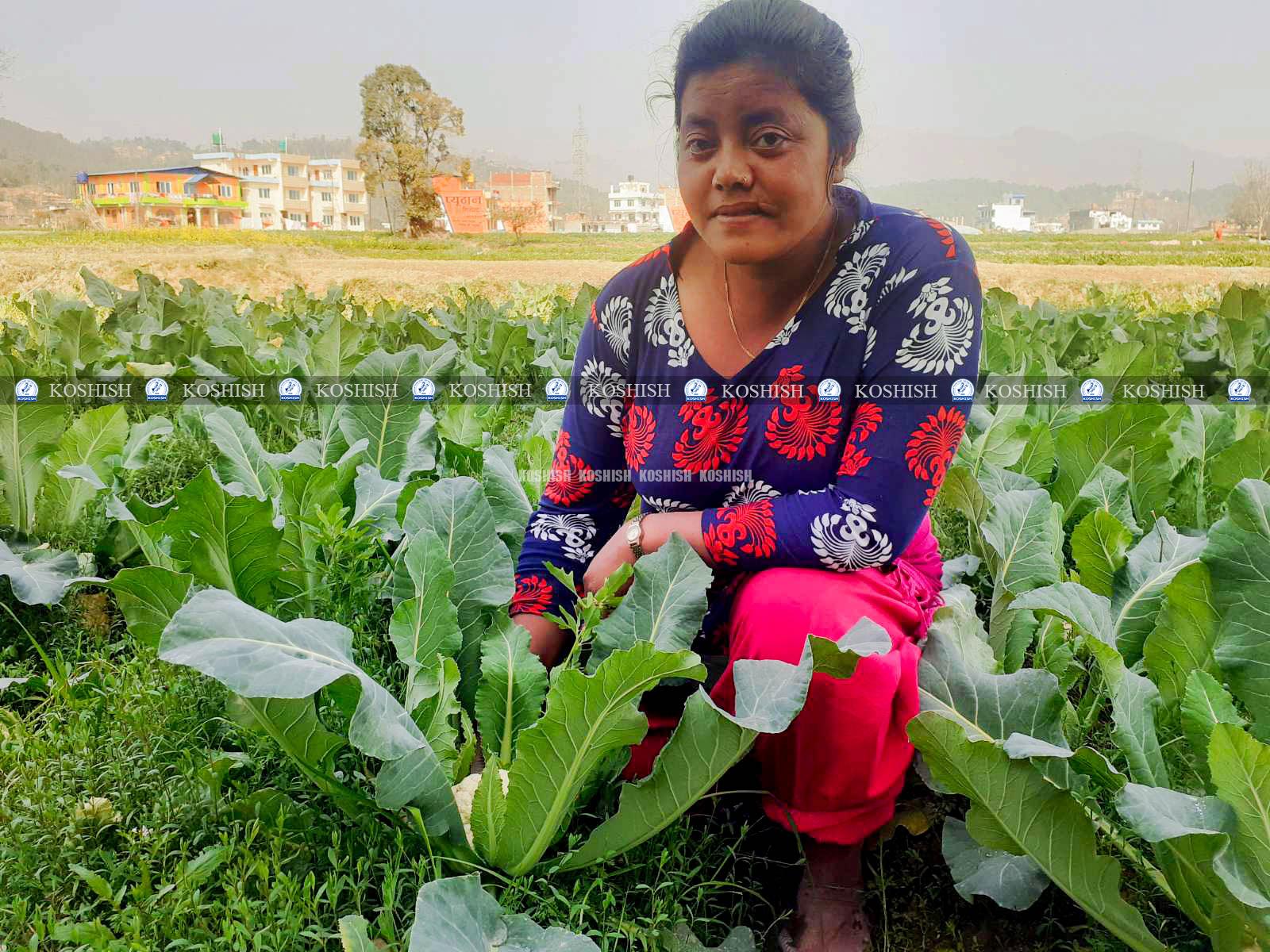 33 years-old Rama Danuwar (pseudonym) from Panchkhal, Kavrepalanchowk District who was once contempt by her husband, and the society is now self-empowered and independent. She grew up with her single mother as her father died in her childhood. Her mother raised her with much love and care. She had a happy married life, but after experiencing mental health problems, her husband abused her and left her. Her mother was unaware of her problems and tried to take her to traditional healers, but her problems increased.

KOSHISH knew about her from the community-based organization and rescued her for residential psycho-social support. She was provided with therapeutic care and psychiatric consultation at the transit home of KOSHISH. After recovery, she was reintegrated into her mother’s house. Her mother took good care of her. The outreach workers of KOSHISH continued to follow-u­­p and home-visits.

During a recent home visit, it was seen that her condition was improving, and she was on regular medication as well. These days, she is actively involved in agriculture as well as household works. She grows vegetables like cauliflower and potato, from where she has already saved NPR 60,000. She says, “I can save more than 50,000 to 60,000 by growing crops and vegetables in a season.” From success in agriculture, she has been planning to take more lands in the lease to grow more vegetables. She has become a perfect example for people who think that mental health issues cannot be cured.

“KOSHISH’s staffs have changed our life. The follow-ups from the staff have helped us and changed the perspective of neighbors towards us. Those neighbors, who treated us in the wrong way before, now include us in all major decisions in the community. ” her mother shared.

A Sense of Hopelessness Transforms into Hope