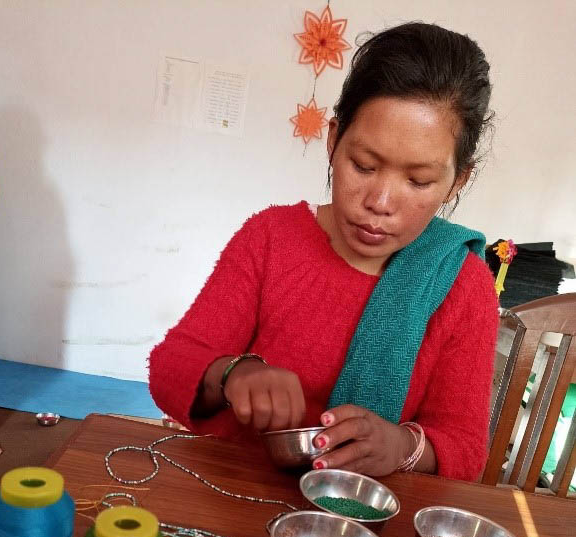 Breaking the Chains of Despair

At the age of 27, Shanti Theeng moved to Kathmandu in hopes of a better life. She worked hard in various sewing and garment stores to support herself and her son’s schooling. Her mental health, on the other hand, began to suffer after a while. She began to lose track of time, including the fact that she needed to get to work. For no apparent reason, she once ran out into the street, screaming and yelling. Her friends sent her to the village for safety after noticing her unusual behavior. Her condition, on the other hand, deteriorated after she returned home. She had a habit of spitting and throwing things at people. She screamed at random people. Her behavior became increasingly erratic with time. She threw household items at her family members and assaulted them. That’s when her family decided to tie her up.

One day, her brother attended an orientation program carried out by KOSHISH and knew about the psychosocial support the organization offered. Sharing information about his sister, he sought help from the Community Psychosocial Worker (CPSW) of the KOSHISH team. Realizing the severity of the situation, the outreach team of KOSHISH immediately reached out for an assessment.  She was found chained to her bed. Her father and brother said they did it to keep her and others safe. “We took her to traditional healers, but nothing helped,” her mother added. She was brought to the KOSHISH’s emergency care home for specialized psychosocial support, in collaboration with the local police and municipality, because no help was available at the local hospital or community-based agencies.

At the emergency care home, Shanti used to stay alone. After two months of care, meditation, counseling, and emotional support, she began speaking with her peers and being friendly to them. Her mental health has significantly improved. She even showed an interest in vocational activities such as bead making. “I want to meet my son”, Shanti said. “I’d like to start a fresh life.”  The psychologist at the emergency care home is preparing for family counseling by creating a welcoming environment in which everyone can discuss and interact. The counselors back in her hometown have also been coordinating with the local government for her reintegration. It was also learned that the family received financial assistance as livelihood support from the Manahari Rural Municipality. Further coordination is in follow-up for her reintegration into the community.