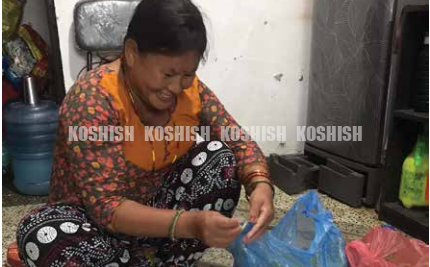 35 years old Maili Tamang from Ramechhap was brought into Transit Care Center during this Lockdown. She is a survivor of domestic violence. Her husband used to get drunk and torture her physically and mentally. She became unable to cope with the emotional and physical abuse and left her home leaving her two daughters behind. She was five months pregnant by then. She started living on streets without proper food and one day she fell on the road which affected her pregnancy. She was brought for treatment at Dhulikhel Hospital with the assistance of social workers from Manthali but by then it was too late to save the child. The continuous torture and abuse from the early days of marriage and loss of her unborn child impacted her mental health.

She remembers her two daughters a lot and says, “My heart is getting stronger each day and I will “ work hard for the sake of my children’s future”.

COVID-19 and lockdown led to severe effect on Mental Health

From a distance cave to mingling with own community

The healing touch of mother’s lap